As someone with a diagnosis of autism, dyspraxia, dyslexia and ADHD, Sienna Castellon understands more than most what it is like to live with a variety of neurological challenges. When she launched the annual ‘Neurodiversity Celebration Week’ in 2019, she aimed to highlight the obstacles people with SEN face but also, more importantly, to celebrate their differences and strengths.

In doing so, Castellon also drew attention to the fact that girls can have special needs. This may seem obvious, but many people in the past assumed that it’s mainly boys who have these difficulties; especially if they had challenging behaviour. Although the statistics currently support the idea that more boys have a diagnosis of SEN, experts are starting to acknowledge that the numbers of girls living with special needs may be much higher than previously thought. 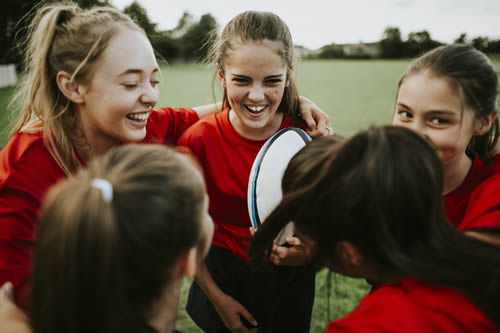 Many girls with SEN have slipped under the radar because their symptoms and behaviour present differently to boys says Dr Rebecca Varrall, a chartered clinical psychologist with fifteen years of experience working with children with complex needs.

“There’s been a lot of research in this area in the last five years or so,” she explains. “One of the main differences is that girls tend to be more socially motivated than boys. They try to fit in more, copying the way their school friends speak or act or maybe watching how people behave on TV.”

“This ‘masking’ or ‘camouflaging’, as it’s known, means their difficulties can go unnoticed,” Dr Varrall continues. “It has its benefits as it facilitates friendships but it takes a lot of energy. It can be exhausting for them, trying to control themselves all day. You often find that when it gets to 4 pm and they’re home from school, they explode.”

A lot of these behavioural differences are because society expects girls to be demure and quiet, she maintains. “When girls have ADHD, for example, often, the hyperactivity isn’t there. It’s more internal – they’re trying to monitor themselves – inattention and daydreaming are a big thing. With boys, on the other hand, there’s a social expectation that they’re lively and loud.”

“I’m definitely in favour of people with special needs being able to be who they are,” Dr Varrall concludes, “and I support ‘Take the Mask Off’ (a campaign initiated by autistic people to persuade others with ASD to embrace their behavioural quirks and stop ‘pretending’ to be neurotypical).”

Girls Need to be Diagnosed Early With SEN

Tanya has a grown-up son and daughter, both with a variety of special needs. Now in their twenties, both children are successful – her son, Adam, is a business analyst with a first-class honours degree while her daughter, Liv, is studying for a degree in artificial intelligence.

However, life was extremely challenging for Liv when she was growing up. She was clearly very clever – teaching herself to read at three-and-a-half – but traits such as rigidity, social difficulties and sensitivity to the physical environment eventually led to a diagnosis of ASD and sensory processing disorder.

“She’d always been very lively, busting with energy, and we encouraged her to channel this into sports,” Tanya explains. “But by the time she was in Year 7, we knew for certain it was ADHD but we couldn’t get a diagnosis for her. No one would listen.”

As a result, the anxiety of coping with the pressures of secondary school and unmedicated ADHD meant that Liv’s mental health took a nosedive. She developed body dysmorphic disorder as well as an eating disorder and started refusing to go to school.

Finally, at the age of eighteen, she received the ADHD diagnosis and appropriate medication which, Tanya says, has been ‘life-changing’. “The psychiatrist who diagnosed her said, ‘I’m sorry – if you’d had this earlier, you wouldn’t have developed an eating disorder.”

An early diagnosis is so important in preventing mental health challenges further down the line.

“Schools need to recognise that there’s a difference between boys and girls with special needs. Girls tend to internalise their symptoms, boys externalise,” Tanya continues. “Girls fidget and doodle and their hyperactivity often manifests itself as a restless mind and trying to do too many things at once. For my daughter, teachers didn’t need to be experts to help. They just needed to be caring and listen to her.”

Her experiences in obtaining the right support for her children led Tanya – originally a solicitor – to retrain and she now helps parents to secure EHC plans for their kids and conduct appeals. She also co-founded ‘Lavender’ a Facebook page and a social group in south London for neurodiverse teenage girls. “It’s so they can meet their tribe and realise that they’re not on their own,” she concludes.