How can parents inspire a love of learning STEM subjects (science, technology, engineering and maths)?

How can hobbies such as coding help?

Today is International Day of the Girl Child – a day declared by the United Nations to promote female empowerment. Currently, a significant area of inequality in the UK is female participation in STEM fields (science, technology, engineering and maths).

Research has shown this inequality begins at school, and escalates to massively impact employment. Only 24% of graduates in STEM subjects are women, and women make up only 23% of the STEM workforce.

Despite the fact that female students generally appear to perform better in all subjects by the time they reach their teenage years, they report feeling less capable, are more likely to suffer from “maths anxiety,” and are less likely to continue with STEM subjects than boys.

Furthermore, both parents and teachers have higher expectations for male students’ performances in maths based subjects than females’. So why is this? And how can parents and tutors help to combat it? 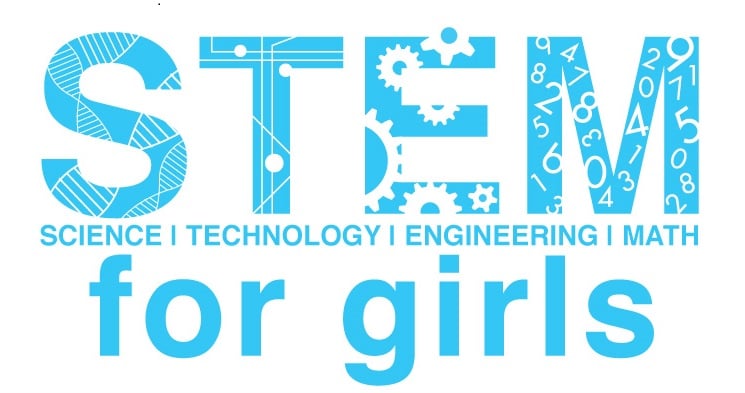 In 1966 Bandura came up with his hugely influential “Social Learning Theory,” which suggests that humans learn by observing and imitating what relevant “role models” are doing. We choose role models who we see as similar to us, and one of the most important factors when judging similarity is gender.

Whilst boys have a wealth of well-known male physicians and mathematicians that they are taught about from the early years of school to inspire them, this can be lacking for girls! A great way to combat this is to talk to young girls about inspirational women involved in STEM fields!

For example, Marie Curie, a physician who contributed massively to the fight against cancer, or Radia Perlman, a fantastic coder who is known as “the Mother of the Internet”. Not only does it demonstrate that girls are perfectly able to excel in these typically masculine fields, but it also challenges our next point… social norms!

As STEM subjects are viewed as typically masculine, this can discourage girls from participating as they may feel that they will be judged by others for enjoying them, or that they will never be able to perform as well as boys (which is not true at all!), or that it’s not “for them.”

These norms can also be reinforced by some parents, if they say things like “don’t worry about your mark- physics is always trickier for girls!” Reinforcement can also be more subtle, for example, playing more maths based games at home with sons than with daughters.

To make sure that girls feel like they belong in a maths classroom as much as boys do, try to avoid these things, and instead encourage hobbies and interests such as coding. A number of fun coding clubs are now available in London, such as Mama.codes at 3 House Club in St. John’s Wood.

In her incredibly influential book “Mindset,” Caroline Dweck introduced two mindsets: a fixed mindset (when someone believes you are born with talent and it cannot be changed) and a growth mindset (when someone believes that practice and learning from mistakes can develop talent). She observed that girls were much more likely to show a fixed mindset than boys, which may explain why they are discouraged when they come across concepts that they cannot understand in maths and science.

A 2008 study by Blackwell and colleagues found that after 8 sessions of growth mindset training, students performed significantly better in a maths test than a control group with no training. Furthermore, whereas boys performed better than girls in the control group, in the group with the training, this gender difference disappeared!

You can help encourage growth mindsets at home, by replacing phrases such as “it’s ok, that’s just not your area of talent” with “with practice I know you will be able to improve!”

For more information on this, spend 30 seconds and REGISTER FOR FREE HERE to stay tuned for our up and coming blogs and video on growth mindsets!

SENsational Tutors Ltd. aims to make maths and science learning accessible for both boys and girls! We aim to develop a love of learning and to inspire a passion for the subjects. Please click here to contact us and be matched to one of our tutors, available throughout London

SEN friendly things to do - October half-term in London