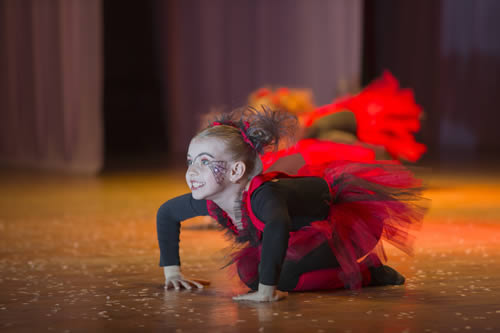 According to the British Dyslexia Association, ‘Dyslexia is a learning difficulty that primarily affects the skills involved in accurate and fluent word reading and spelling.’ Given that most school subjects – even maths and science – involve reading and writing to some extent, having dyslexia can be a huge obstacle to a child’s learning.

Despite this, and perhaps even because of their difficulties, dyslexic people can and do succeed in life says specialist tutor Krista. “Most of them have something they’re very good at, maybe partly because they learn to compensate with other skills,” she explains. “My daughter, for example, has dyslexia but discovered that she excelled at dancing and has gone on to complete a degree in performing arts.”

Focus on their Strengths

Encouraging a dyslexic child’s strengths, rather than focusing on what they can’t do, is crucial to developing their self-esteem, Krista maintains, as many children mistakenly believe themselves to be ‘stupid’. “You have to be realistic. You can’t cure dyslexia though there are techniques to help people cope. You can help children do the best they can with the content of their lessons. It’s not the end of the world if they lose a few SPAG marks (spelling, punctuation and grammar).”

Surprisingly, some students with dyslexia, Krista says, can be very good at expressing themselves verbally and for them, voice-activated, speech-to-text software can be hugely helpful in getting their ideas down on paper. In fact, the emergence of computer technology as a whole, she points out, has been a blessing for many people with dyslexia, meaning they can swap handwriting for a keyboard and use a spell-check to correct any mistakes.

When retired primary school teacher Helen Parker was training to be a teacher in the 1960s, there was no mention of dyslexia. “I think it was just accepted that were some children who couldn’t read and write,” she recalls. “The general idea back in those days was that they weren’t very bright, even though this clearly wasn’t the case.”

Parker, who lives in south London, came across several pupils over the years who, perplexingly, were very intelligent and articulate in person but struggled with written work and reading. But when her own son, Gareth, also a smart lad, began to exhibit the same difficulties as a young boy, she wanted to find out more.

“Gareth was eventually assessed by an educational psychologist who told us he was very clearly dyslexic,” Parker continues. “They worked with him and managed to get his reading age up almost to where it should have been but then they stopped because he’d improved and he went down again. This happened several times – it was very frustrating.”

With his condition acknowledged, Gareth flourished at secondary school and now works as a healthcare assistant in the radiotherapy department of Guy’s Hospital in central London. His conscientious attitude in supporting his colleagues during the Covid crisis earned him great praise from the team – and a bonus of £500.

The diagnosis prompted Parker to speculate whether her brother had dyslexia, too, as he’d also struggled at school. Even so, he hadn’t been held back by his early experiences and, rather like the famously-dyslexic Richard Branson, had gone on to become a successful entrepreneur. “I see similarities between my son and my brother,” she ponders. “Both of them have engaging personalities and are good with people. They’ve made the most of their skills.”

Having learned more about the condition first-hand, Parker was also better-equipped to spot potentially dyslexic pupils in her classroom. “I used to say to parents, ‘Look, I can’t make a diagnosis but I’ve seen some warning flags’,” she remembers. “One boy, for example, always had to put his clothes back on in a certain order after he’d done PE. He used to take his underwear off, as well as his gym gear, and then put it on again when he got dressed. He wasn’t an anxious child so it wasn’t a kind of compulsion. It was just the way his mind worked.”

“But not everyone with dyslexia has those behaviours,” she continues. “They’re all different people and individuals. But you only have to think how many actors and performers are dyslexic to think that they must have a tendency to be very creative.”

“I would tell families reading this not to worry,” Parker concludes. “There’s now so much more awareness of the condition. It will be OK.”

We recommend that you check out Made In Dyslexia for information about dyslexia and to watch a video by famous, successful people with dyslexia who are trying to spread an important message. People with dyslexia think creatively, laterally, often solving problems others can’t. They have the skills of the future’.

If you are looking to advance your dyslexic child through addition private tuition, browse through our dyslexic tutors to find a highly experienced, specialised SEN tutor to help.

What is Executive Functioning?